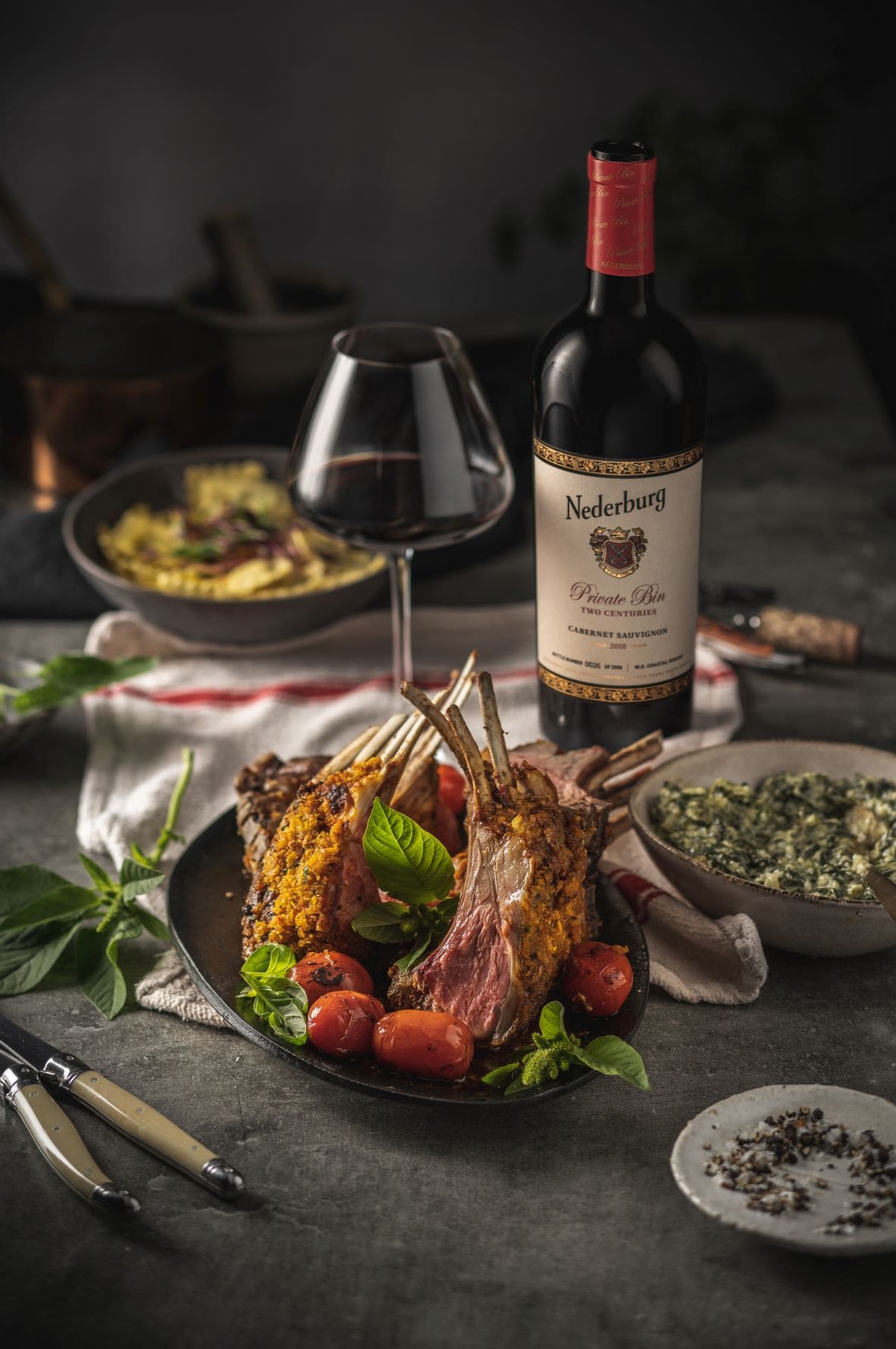 On a mission to woo, impress or treat? Take a classic French dish and amp it up SA style with a big, bold bite to shoot the lights out. Simple but sensational it exudes sophistication and calls for a head-turning wine star to stop you in your tracks.

A real show-stopper, Nederburg Two Centuries Cabernet Sauvignon is lithe, concentrated and powerful. Think layers of lavish dark fruit, spicy oak and a hint of tobacco that unfurl in unison in effortless grace.

A pairing, you’ll agree that feels like the thrilling splendour of a full orchestral performance in your mouth.

FOR THE CRUMB CRUST

Zest of a lemon

salt and pepper to taste

Ask your butcher to “French trim” the rack of lamb for you – that means removing the caps, fat, and sinews.

Preheat the oven to 180oC. Season the racks of lamb with salt and pepper. Heat a large pan until hot, and sear the lamb on both sides until golden. Add the whole garlic cloves to the pan while the lamb sears. Be careful to not let the garlic burn – just caramelise it. Remove the lamb from the heat and set aside.

To make the creamy morogo, fry the finely chopped onion and crushed garlic in butter and oil, until soft and caramelised (about 10 minutes). Add the roughly chopped Mororgo and covered with a lid. Steam for about 5 minutes. Now add the cream and let it thicken up – this should take approximately 5 minutes. Finally, add the cheese and season well with salt and pepper.

Serve the racks of lamb with spinach and ricotta ravioli, some blistered baby Italian tomatoes and the creamy morogo, with Nederburg’s award-winning Two Centuries Cabernet Sauvignon.

*FOR THE VEGETARIAN OPTION

Preheat the oven to 180oC. Spoon a dollop of the chakalaka and garlic puree onto each large mushroom and season well with salt and pepper. Next, spoon 2 Tbsp of the bread crumb, Parmesan, and fresh parsley mixture onto each mushroom and spread it out. Place the mushrooms in a single layer on a non-stick braking tray and drizzle with olive oil. Roast for 30 minutes, or until the crust is crisp.

Serve the mushrooms with spinach and ricotta ravioli, some blistered baby Italian tomatoes and the creamy morogo.