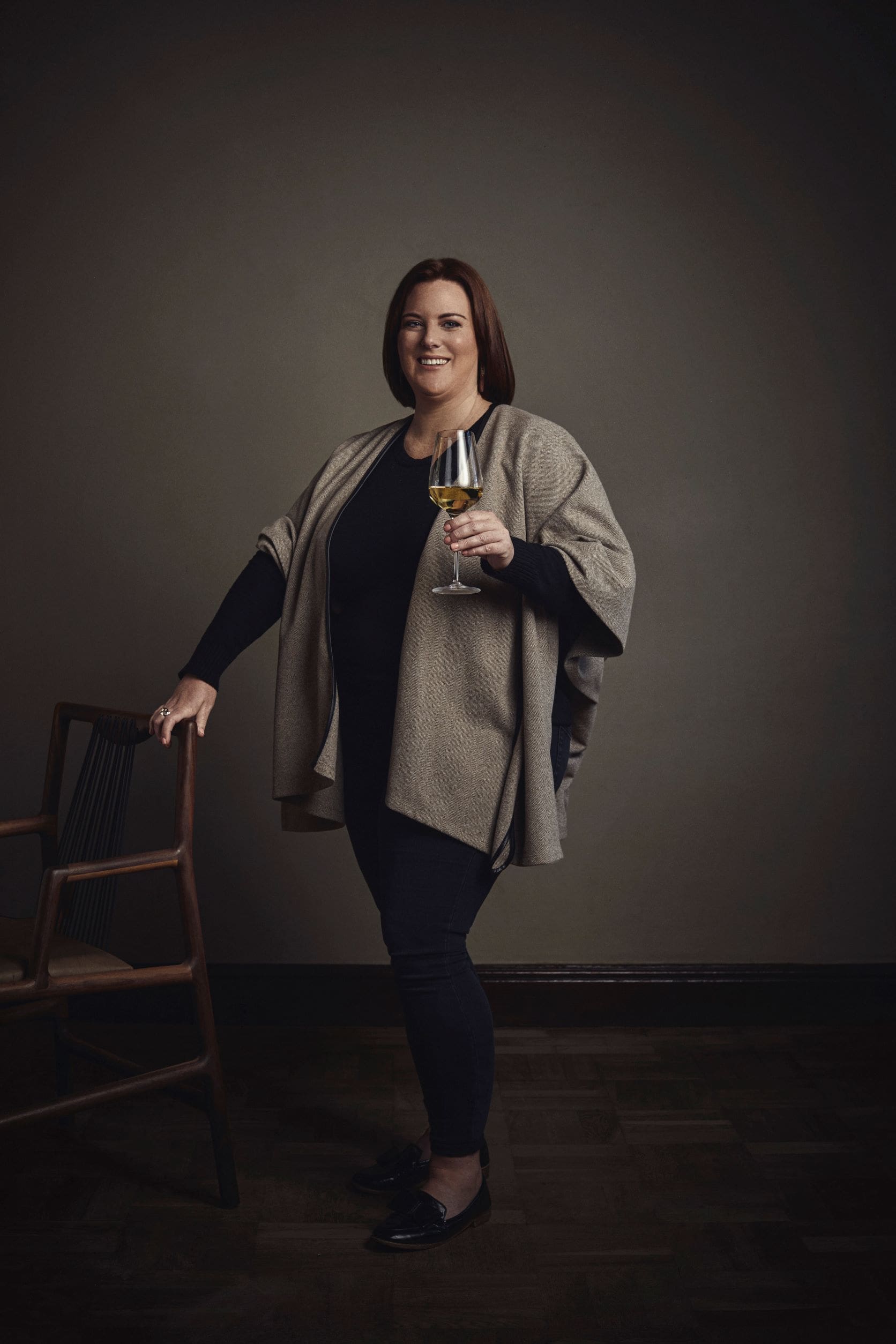 When asked to name her favourite wine, Kate Jackson (40), our newly appointed acting cluster lead says: “Before I talk about my favourite wine, I’d like to mention the wine I most admire - Nederburg Baronne, an extremely popular wine enjoyed by a huge range of South Africans, while also garnering critical acclaim. That makes it very emblematic of the brand.”

At a recent line-up of South African red wine blends, the judging panel of Winemag (a specialty online wine publication read by the cognoscenti), chose the 2020 Baronne as one of its top ten wines. “Based on sales, if you were to calculate the frequency with which a bottle of Baronne is opened every day somewhere in South Africa, it would amount to one almost every 15 seconds! That tells you something about its massive appeal. As impressive is that the wine retails at a price that is about one third of what the average price was for the wines scoring 90 points or more in this competition.”

Baronne, that Winemag awarded 92 points, is also bought regularly by many of the winemakers within the Distell Group (our ‘mother company’). “That also tells you something!”

Her favourite wine is The Anchor Man from the Heritage Heroes limited-edition collection. “I love Chenin blanc and this offering certified as an Old Vine wine is such an exceptional and novel expression of South Africa’s hero grape.”

Now that pandemic constraints have been lifted, she’s longing to pound the pavements, visit the markets, take brand experiences to the people in the metros and the smaller towns “where there is a lot of love for Nederburg”, and meet with the trade again. “It’s great to be back in the world once more and to find out what people want, expect and care about.”

And that very much includes Paarl itself. “We need to connect more with our own neighbourhood, our own community, and be relevant, visible, and accessible to locals. With the trend towards hyper-localism, this has never been as important as it is now.”

Being on the road again is central to what she does, but as acting cluster lead, her primary role is “to remove obstacles in the paths of my team members so they can do what they do best. To get that right that means being attentive, listening not just to the words but the context, and being empathetic.

“As a leader, it helps if you’ve been prepared to start at the bottom, to get your hands dirty and to take on as many cross-functional roles as possible during your career path. It gives you some understanding of what you are really asking of your team members.”

Kate has also learned not to pigeonhole people and rather to help identify the individual strengths of each team member. “When you try to ensure everyone is capable of the same tasks and mould them into a single ideal, you are just replicating one way of doing things. Far better is to give people the opportunity to play to their strengths and then encourage collaboration, where the best skills are pooled for the greatest outcomes. When you iron out diversity, you lose richness of perspective.”

She caught the wine bug when she was 18.  “On a visit to Distell’s Bergkelder, I was totally spellbound by the bottling line – the rhythmic clinking of the glass containers on their purposeful path. Looking at those filled bottles - their contents an expression of nature, of a very specific place and time - it stirred something in me. That was the day I decided to enrol at Stellenbosch University for a BSc Agriculture, specialising in Viticulture and Oenology.”

By her third year into her studies, she realised that more than winemaking, it was the business and especially the marketing of wine that grabbed her. “After graduating, I spent six months as a cellar rat at Jordan Winery and then took myself off to the UK, where I worked for the wine retailer Oddbins.

“That was a huge eyeopener for me. To be exposed to such beautiful wines from all over the world, so many styles, so many grapes, so many regions! But I knew that if I didn’t want to forget all those impressions, I’d have to study more. So, I signed up for wine courses with the *WSET.”

She completed levels 1 and 2 in the UK, but by then was ready to return to South Africa. Once back, she joined Distell, working first at Uitkyk in Stellenbosch and then as destination manager for Durbanville Hills, and completed her WSET level 3.

Will she complete level 4 and then maybe try for a Masters in Wine? “I can’t even think about that now! There’s just too much happening!”

Of her nine years at Durbanville Hills, she says: “It was such a stimulating and growing time for me – building a strategy for the brand home that focused on what experiences we could offer and linking those to the brand strategy. I had to be alert to and even anticipate trends in wine, hospitality, and leisure, and respond by developing commercially viable propositions.”

Now in her new position at Nederburg, she wants the team to have that diversity of exposure to a multiplicity of wine styles she’d first had in the UK. “Once a month we have a tasting of competitor wines alongside our own examples. We blind-taste mostly South African wines for benchmarking and try international wines to get us out of our comfort zone.

“What’s so affirming is how well our wines do in the comparative blind-tastings. And time and again, we see what extraordinary value we offer across every price point.”

She knows that making wine accessible to more South Africans is a long and often difficult task. “All over the world the wine industry has been accused of pretension. And quite rightly so. All the terminology, all the rules about which glass to use when, what wine to pair with each food can be very excluding.

“We need to be relevant to different types of consumers with different levels of interest and engagement with wine. And talking about malolactic fermentation to a person who just wants to be left alone to enjoy what’s in their glass, what’s the point of that? That doesn’t mean dumbing wine down, it means talking to different consumers in ways that are relatable to them.”

She’s proud of Nederburg’s status as a WWF Champion for its water stewardship, of its active participation in regenerative viticulture to build soil health, and of the responsible custodianship of its land, as well as of the winery’s collaboration with supplier growers. “The more of us involved in sustainability, the better for our industry.”

Kate is one of the few women to have had leadership roles at Nederburg. She sees Andrea Freeborough, a former cellarmaster as a role model, as she does Zinaschke Steyn who is our chief red winemaker.  She believes that the value of women in such roles is to offer a difference of perspective. “I was chatting to the CEO of a major wine organisation the other day. A very conservative man, very traditional in his outlook, who said to me that the best thing to happen in his boardroom was the recent inclusion of two women. It wasn’t just the hard skills they were bringing, he explained. Those were a given. It was their open-hearted and open-minded attitudes. Not having to be an expert in all things, but instead focusing on bringing together the disparate skills at their disposal, getting people to work together in a cohesive, united way. And their attention to detail while simultaneously holding onto the bigger picture.

“I hope I can contribute to Nederburg in those ways.”

*WSET Wine and Spirit Education Trust, a globally recognised educator in wines and spirits with centres across the world, offering internationally accredited courses for members of the industry and consumers. 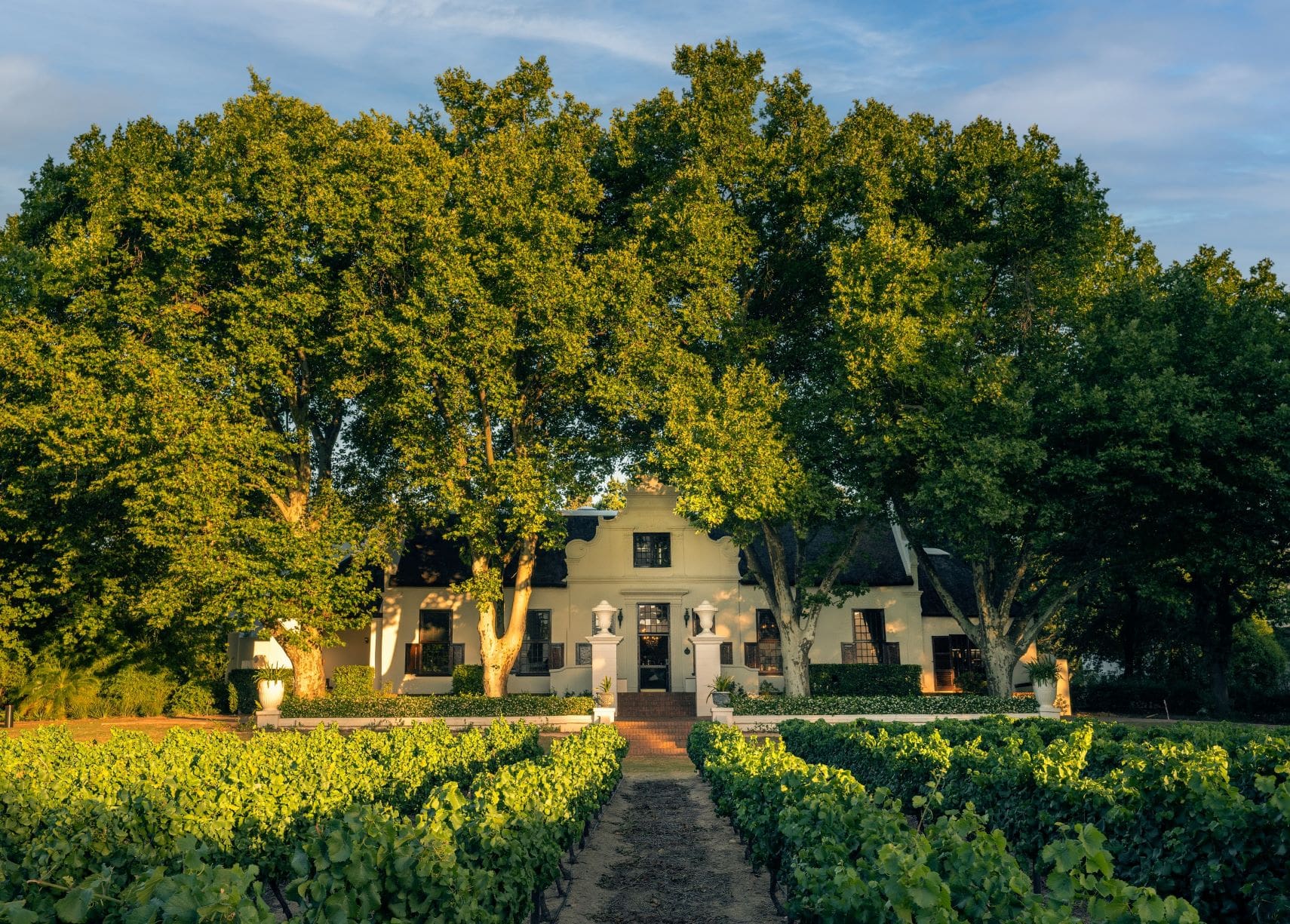