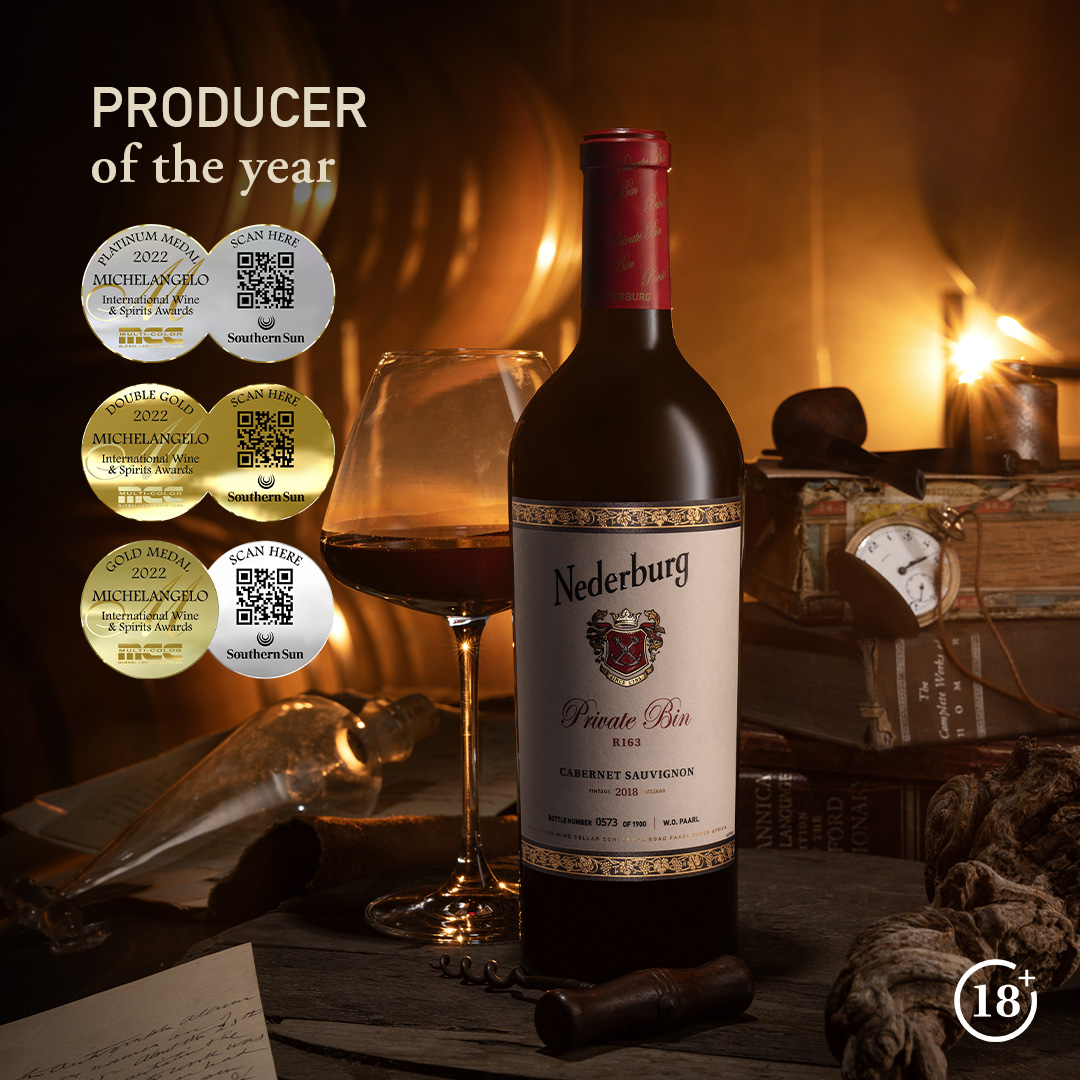 Our trophy-winning Cabernet Sauvignon features fruit sourced from Paarl and Darling, matured in French oak barrels for 30 months. Only 1 200 litres of this wine were bottled, with a small amount of carefully cellared bottles still available to order via www.vinoteque.co.za. (A later vintage of this wine, the 2018, achieved the top honour for Cabernet Sauvignon at the recent 2022 The Drinks Business Global Cabernet Sauvignon Masters in the United Kingdom (UK), earning a prestigious Master medal. This vintage will be released to the public by the end of September.)

The platinum medal, applicable to wines that receive 96 points or more out of 100, went to our The Winemasters Noble Late Harvest 2021, made from Muscat de Frontignan and Chenin blanc grapes affected by botrytis cinerea. Also known as noble rot, this is the special fungus that, if the weather plays along, attacks the grapes to concentrate their sugars to create wines of extraordinary lusciousness and complexity. In 1969, Günter Brözel, our cellar-master at the time, pioneered the making of noble late harvest wines in South Africa.

Our cellar-master, Samuel Viljoen, says the team is hugely excited about the recent accomplishments. “We’re on a roll - raking in the awards for wines across our multi-tiered range, from our ultra-premium Private Bins to more accessible offerings such as the wines that form part of our The Winemasters collection. It demonstrates the careful attention to detail applied in every step of the winemaking process, no matter the wines involved, and that our commitment to ongoing innovation and best practice, in the vineyards and the cellar, keeps paying off. Recognition such as this serves as a great motivator for our cellar and viticulture teams to keep exploring, experimenting and bettering their best efforts.”

Visit www.nederburg.com and www.vinoteque.co.za for more information on the winning wines, and to buy these to add to your wine collection.